Skip to content
Tip of the Day / Tutorials / Videos 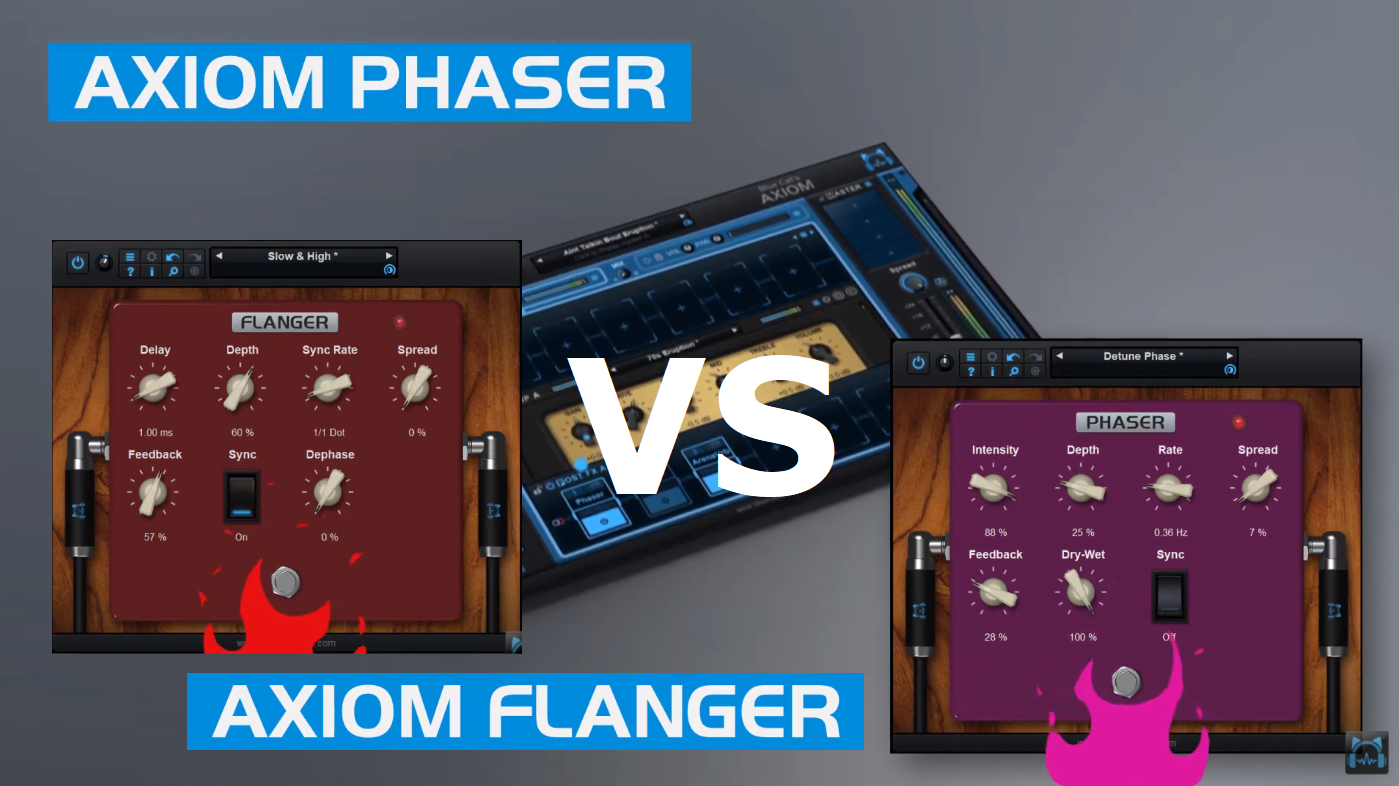 Flanger and Phaser are both modulation effects that create deep filters sweeping around the spectrum over time. But they are produced by different means, and they do not sound the same. So what’s the difference between both phasing and flanging?

The effects used here are the built-in Phaser and Flanger plug-ins available in AXIOM, Patchwork, Late Replies & MB7 mixer software. They are very capable plug-ins that can produce both vintage and modern sounds.

For both effects, the audio input is split into two signals. In the Phaser, one of the the signals is phase shifted. Both signals cancel each other out and the phase shift is controlled by an LFO (Low Frequency Oscillator), which produces this typical sweeping effect.

For the Flanger however, one of the signals is delayed and then added back to the original signal. When the delay time of the delayed signal changes (using again a LFO), you get that typical “wet” sweeping effect.

Here is an example of the BCA Phaser and Flanger in action, using the same audio source (guitar), so that you can hear the difference!