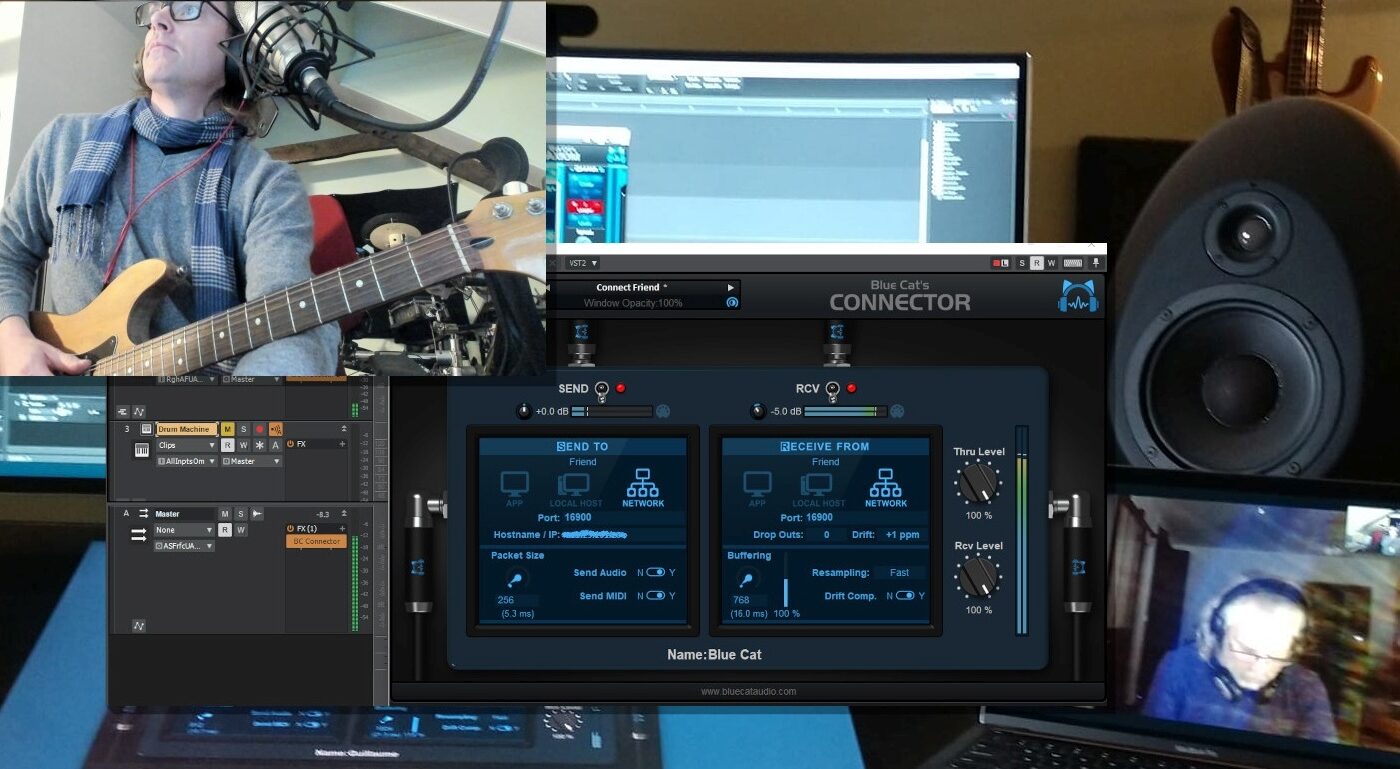 Playing we other people was the initial reason why I started developing the Connector plug-in. During the pandemic lockdown back in 2020: I wanted to keep playing music with friends while being stuck at home and wondered about the feasibility of real time low latency audio sharing across remote locations.

But without a proper high-bandwidth Internet connection at the time, it was not workable. So I only used this tool as a local network streaming plug-in between workstations, and to share audio & MIDI between apps on the same computer, which is already very useful.

Optic fiber connection however eventually made it to my home and to the office, so I have been experimenting online jams with Connector a couple of times. And to my own amazement, it works really well, as you can see in the videos below, where I jammed in real time with a piano player friend who lives 400 km away!

It was so much fun that I thought I should share the information, and write a short tutorial to explain how to connect things together to play online with another musician!

The idea is to use whatever software (DAW) you are used to to making music with on both sides of the Internet, and connect them together thru the master bus with the Connector plug-in: it will send your production over the Internet to someone else and receive back audio from him/her and mix it together, just like if you were playing together in the same room. (Note: the software you use has to be able to load third party plug-ins in VST. VST3, AAX or Audio Unit format).

You can use either a Mac or Windows PC, and software can be different on both sides (in the videos above, I was using a Windows PC running an old version of Cakewalk Sonar, and my friend was running Ableton Live on a Mac).

With a good fiber connection you can usually play together with very low latency (as if you were in the same room, a few meters apart), with a pristine sound (no audio compression is happening in Connector).

Of course the latency will increase with distance (the speed of light is not infinite!), and you may sometimes drop a few audio packets if the connection has too much jitter. But overall it proved to be very comfortable for me and felt as if we were playing together in the same room!

First step is to connect your audio computer to the Internet: 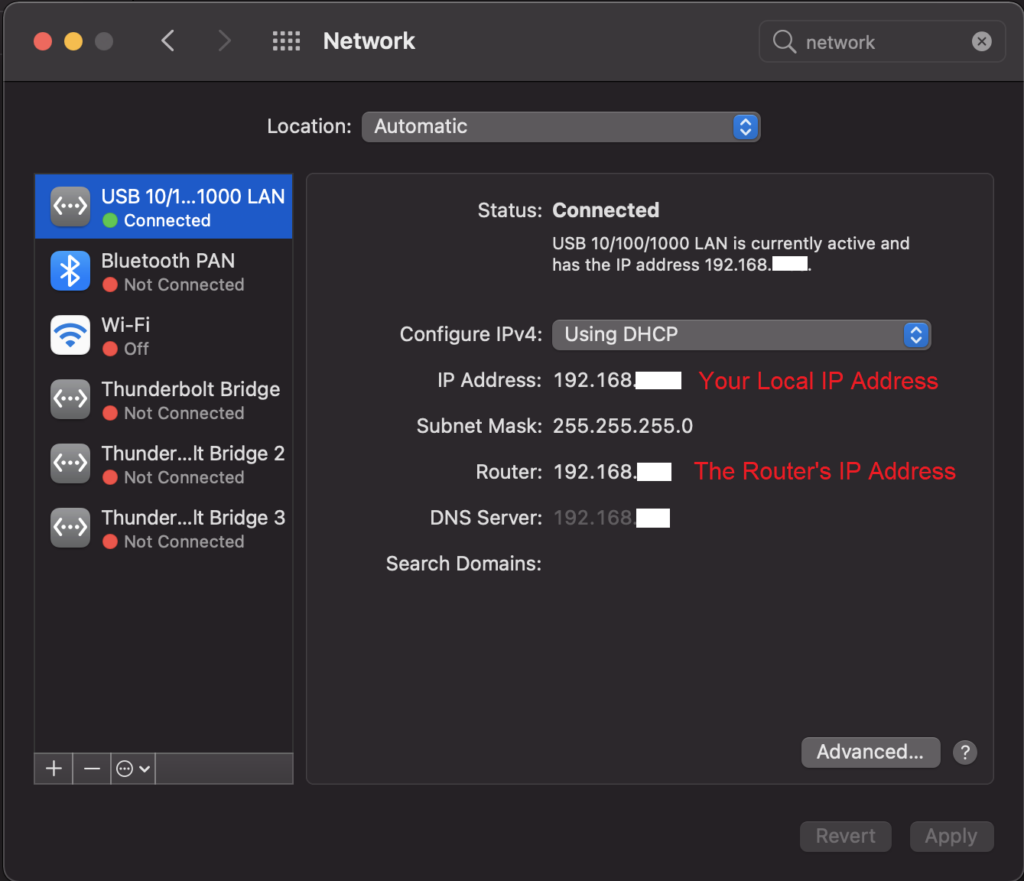 Note: a wireless mobile Internet connection will not work. You probably need an optic fiber connection to get things working properly.

In order for your friend to send audio or MIDI to your machine, you need to make your machine visible from the outside, opening a port on your internet router, and forwarding it to your audio computer. It may sound frightening, but it is a very common practice if you play video games or have an home appliance to connect to from the outside, and it usually only takes a few clicks!

At this stage you will also want to know the public IP address of your box, as it will be required by the other musician to send you the audio stream. The public IP address can usually be found on your Internet box’s configuration interface, or you can find it with many websites (search for “find my IP address” on Google to get it):

Once the ports have been opened on both sides, and you both know the public IP address of the other, it is time to actually connect and play!

At this stage, if you have both properly configured the connection, Connector should show that it is connected to the other side (but it might disconnect quite a bit). To avoid disconnections and dropouts, increase the buffer size in the “Receiver” section until no more dropouts occur.

Play some music (make sure that you are sending audio to the master where Connector has been instantiated), and check that you can both hear each other. There might be quite a bit of latency at this stage (or not, if you are lucky), but we can optimize that!

Here are a few tips to optimize the latency and yet keep a stable connection without too many audio dropouts.

There is no guarantee, though, as the quality of the connection may vary a lot, even over time! It depends on both providers, the routers between the machines, the internet traffic…

It’s now time to play! You may occasionally get some audio drop outs even with large buffer sizes. It really depends on the Internet connection between both locations, and how it is used (avoid streaming movies or playing video games while doing your audio session!).

Voilà! I hope you will find this tutorial useful and that you will have a great experience playing with others over the Internet!  Feel free to report back your successes or failures in the forum or on social media: we would be glad to hear from you! 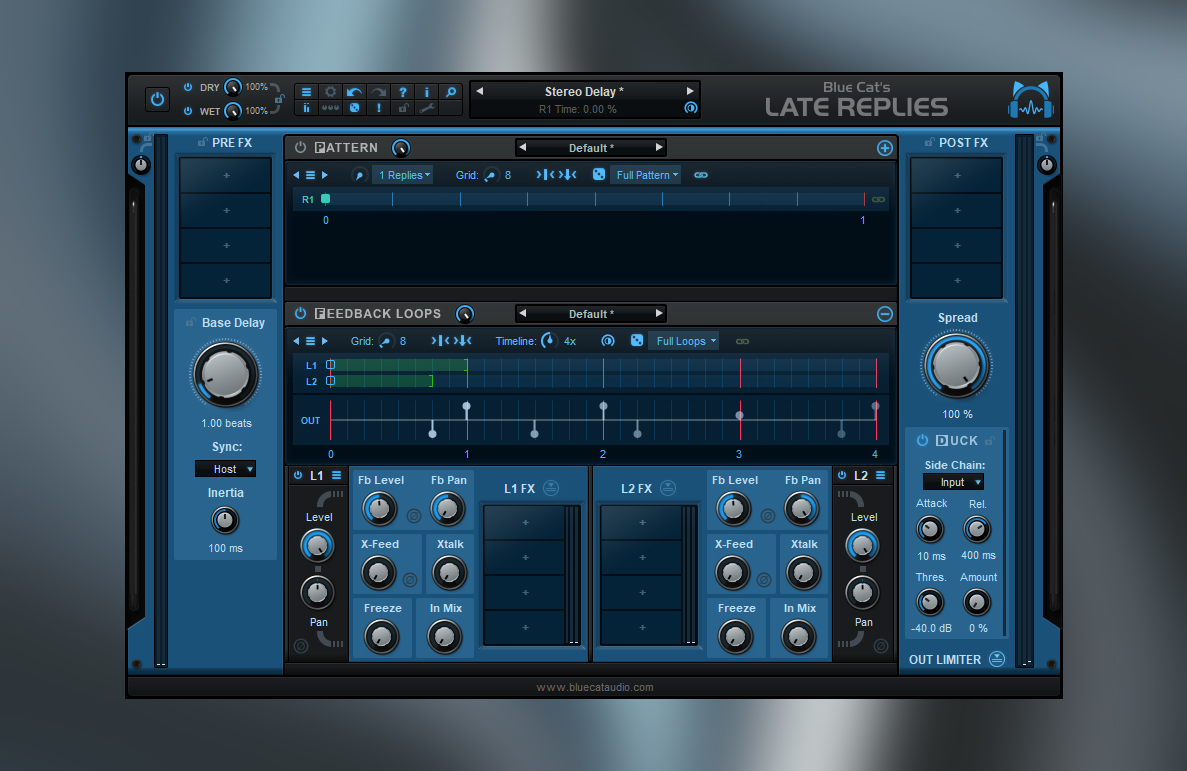 2 thoughts on “How To Jam/Rehearse With Remote Musicians Online?”