It’s time for the NAMM News of the day: we’ve got updates for our Plug-in hosts today (our plug-ins or standalone applications that can host third party VST, VST3 or Audio Unit plug-ins)! 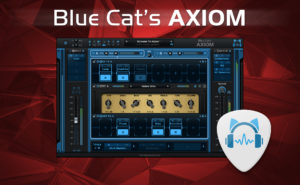 You can load any of the built-in effects or third party plug-ins in the plug-in and pedal slots! 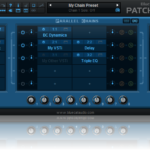 An update for Blue Cat’s PatchWork is in the works and is demonstrated on our booth (#16300) at the NAMM show.

A large part of our plug-ins hosting framework has been re-written to build Blue Cat’s Axiom, and all our other hosts will benefit from it with upcoming free updates. Among the changes:

You are already a customer and cannot make it to the show? Don’t worry: you can check out the preview of PatchWork 2.2 at home! Just go to the download page (link received by email upon purchase), and click on the “Next release preview” link to get it!

Blue Cat’s MB-7 Mixer 3.1 is almost ready for release: it features the same hosting improvements as PatchWork 2.2 and much more!

Stop by our booth to check it out! And to read the full change log or try the preview, go to the download page (link received by email upon purchase), and click on the “Next release preview“!

Blue Cat’s Late Replies 1.1 is also on its way out… But we’ll talk more about it tomorrow!

Note: all these updates are almost ready to be released, but we’ll do as much testing as we can before letting them go into the wild, and we need your help: please send us feedback about these previews, as some third party plug-ins may be impacted by the preset loading changes!

Multiband VST Instruments Hosting? Not a Bad Idea After All!