Skip to content
New Releases / Tip of the Day / Tutorials

This new release mainly brings stability and compatibility improvements with many plug-ins, but we couldn’t help adding several new features to enhance your workflow: 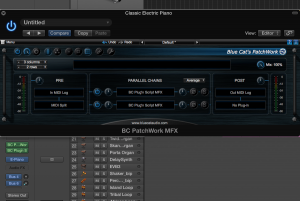 Blue Cat’s PatchWork 1.5 can now be loaded as a MIDI FX inside Logic Pro X, and can also host MIDI Audio Units. You can thus benefit from our plug-in’s advanced MIDI routing features to build complex MIDI effects directly inside Logic without having to use the environment.

You can also use the PatchWork plug-in to combine scripts written for our new Plug’n Script plug-in: that’s unlimited MIDI processing power!

If VST plug-ins cannot be found on your hard drive, it is now possible to relocate them, with both Blue Cat’s MB-7 Mixer 2.4 and PatchWork 1.5: 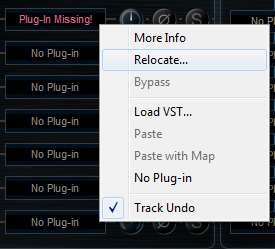 Since the plug-ins now also retain sub-plug-ins’ state even if they cannot be found, you can continue working on your projects, save them, and relocate the plug-ins later if they have been installed elsewhere.

Discuss this topic in the forum

MIDI Connectivity and Side Chaining