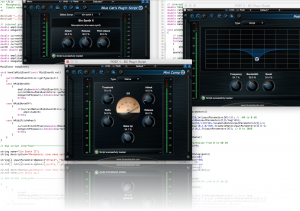 We are happy to announce the release of Blue Cat’s Plug’n Script 2.0.

This new version brings many improvements, such as an extra side chain input and multiple auxiliary outputs, native scripts support and enhanced user interface with the KUIML 2.0 programming language. It also includes several new scripts, presets and skins.

Let’s have a deeper look at this new release and what it can do for you! 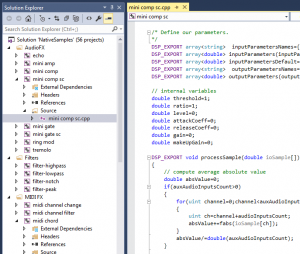 The plug-in can now load both source scripts or compiled binary (“native”) scripts: this means improved performance (compiled scripts can be up to 10 times faster than source scripts), but also a wide variety of new applications: it is now possible to use any third party library in native processing scripts.

Thanks to the similarity between C++ and angelscript, it is very easy to switch between text scripts and compiled binary scripts, so you get the best of both worlds: prototype your scripts quickly and safely with angelscript, and then transform them into high performance plug-ins by compiling them in a C++ project.

With native scripts, it is also possible to distribute the scripts in binary form without disclosing the source code, for programmers who want to keep their recipes and technologies secret.

All 52 factory scripts are available in both formats with full source code, so check them out: 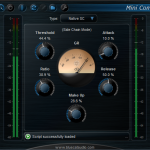 Side Chain Compressor in V2.0

With the new side chain input, it is very easy to create side chain effects: just grab the content of the extra audio inputs and that’s it!

For example, the plug-in now includes a side chain version of the compressor and gate scripts already available in V1, as well as other scripts that can take advantage of the optional side chain signal.

The new optional aux outputs that are now available in the “synth” (instrument) version of the plug-in allow extra audio routing in your host application: you can now send different signals to aux busses, and programmers can create powerful audio generators or instruments with multiple outputs, very easily. 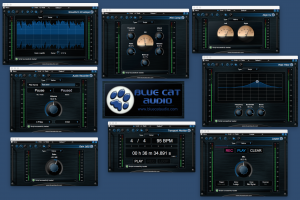 Some of the new skins included in V2.0

Blue Cat’s Plug’n Script 2.0 includes a new version of the KUIML user interface programming language which allowed for many new skins to be added to this new release.

Also, skins can now be quickly loaded from a menu in the user interface, so it is very easy to switch between them.