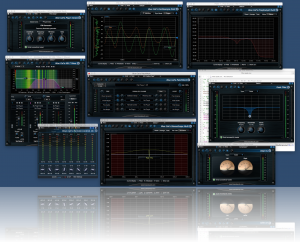 The release of Blue Cat’s Plug’n Script 2.0 is also the opportunity for us to unleash a new bundle: Blue Cat’s Crafters Pack.

This bundle combines our most powerful tools to customize your virtual studio and build the ultimate audio toolbox: yours.

Let’s have a look at its content and what it can be used for! 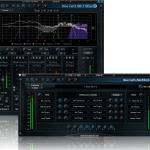 With Blue Cat’s PatchWork and MB-7 Mixer, existing plug-ins can be combined together to create custom effects and instruments chains: patch them in series, parallel or apply them on distinct parts of the spectrum, and save them as presets that can be reopened later in any DAW (AAX, VST, RTAS, AU and DirectX formats supported), as if it were a single plug-in!

It is even possible to select a few parameters from sub-plugins and assign them to MIDI controllers or automation lanes, with their own response curves and range: you can create a brand new custom plug-in of your own! 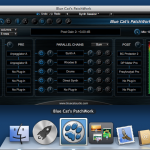 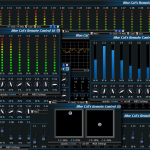 Blue Cat’s Remote Control is a virtual control surface that can be customized to adapt to your favorite plug-ins or MIDI compatible hardware remotely.

You can reload sessions or recall presets instantly in your DAW to set the parameters of external devices via MIDI. Automation lanes can be transformed into MIDI controllers too, and with Blue Cat Audio’s exclusive skinning technology, you can even design your own user interface to make the controller match the controlled device.

Write your Own Processors 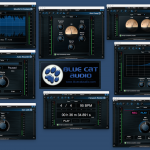 With Blue Cat’s Plug’n Script factory presets and scripts, you have access to many additional audio and MIDI processors or generators to enlarge to your toolbox.

Third parties are also contributing to our scripts repository for even more tools, most of them free.

And if it’s not enough, you can just write your own: choose the high performance angelscript scripting language (from the video games industry) or native compiled C++ to write audio or MIDI processing scripts that can be loaded into the plug-in.

To complete the picture, three audio analysis plug-ins have been added to the bundle: the “Multi” series are unique plug-ins with communication capabilities between instances: they let you compare audio signal at different places in a session. While this is often used for mixing (comparing tracks), it can also be used to analyze a plug-in or external gear.

For example, to compute the response curve of an EQ or filter, you can simply add an instance of the spectrum analyzer before and after it in the processing chain an compute the difference – perfect for matching existing gear or simply verify what happens to the signal in your own processor.

Still reading? Go get the demos and let the creation begin!